I came across Orissa in a vegan group and was SO intrigued because I’ve always had a secret desire to run away with the circus. I remember rushing home after seeing my first Cirque Du Soleil performance to google what I had to do to join up! Orissa is living this amazing lifestyle as an acrobat. She is such a talented young woman, spreading the vegan message whenever she is travelling the globe.

How long have you been vegan?

I’ve been vegan since October 2015 and I’ve also been vegetarian my entire life… 21 years of no meat!

What made you decide to become vegan?

I am vegan for so many reasons, mainly for moral/the treatment of animals. Growing up as a vegetarian I also never liked the taste of milk or cheese and I never ate eggs, so becoming vegan was easy. I am fortunate that I have family members and friends that are also vegan so I had a lot of help during my transition. I think surrounding yourself with like minded people always helps! 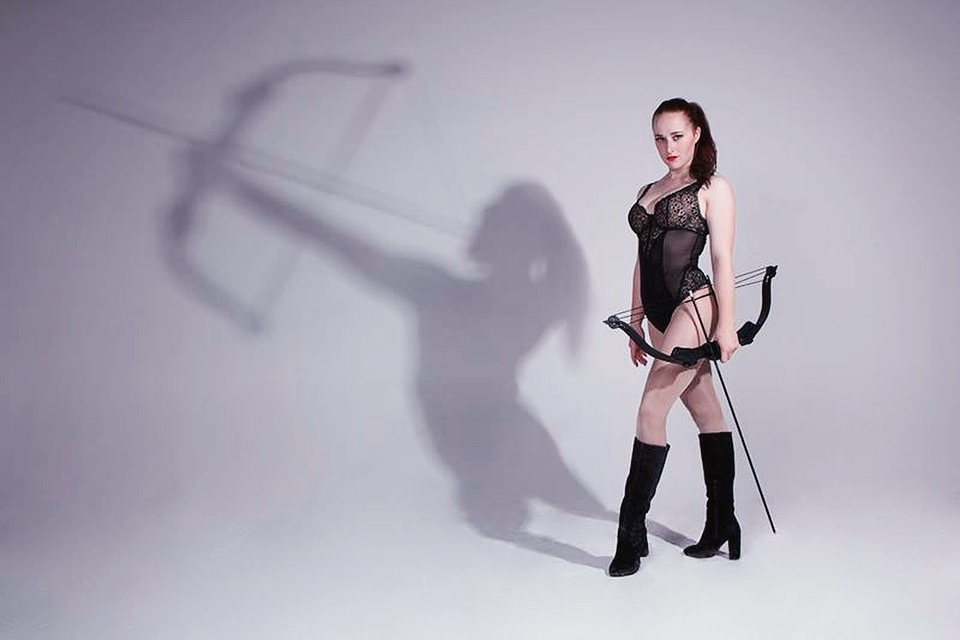 What differences have you noticed with your training or lifestyle?

I found after cutting out dairy that food became a lot easier to process. Dairy is so heavy and often made me lethargic so once I cut it out training became easier and more productive

Tell us about your chosen sport and training. What does it involve?

I am a professional acrobat. I perform for corporate events and TV around the world. My main skill is Foot Archery – fairly unusual and involves me shooting a bow and arrow from a variety of acrobatic position, including from my feet in handstand. Once I created my act I became the only person in the UK to perform this, however it was not enough. I then learnt my act with the arrow on fire and became the only person in the world to perform fire foot archery. In my opinion, why be the best when you can be the only one? So now I travel the world performing my unique act! 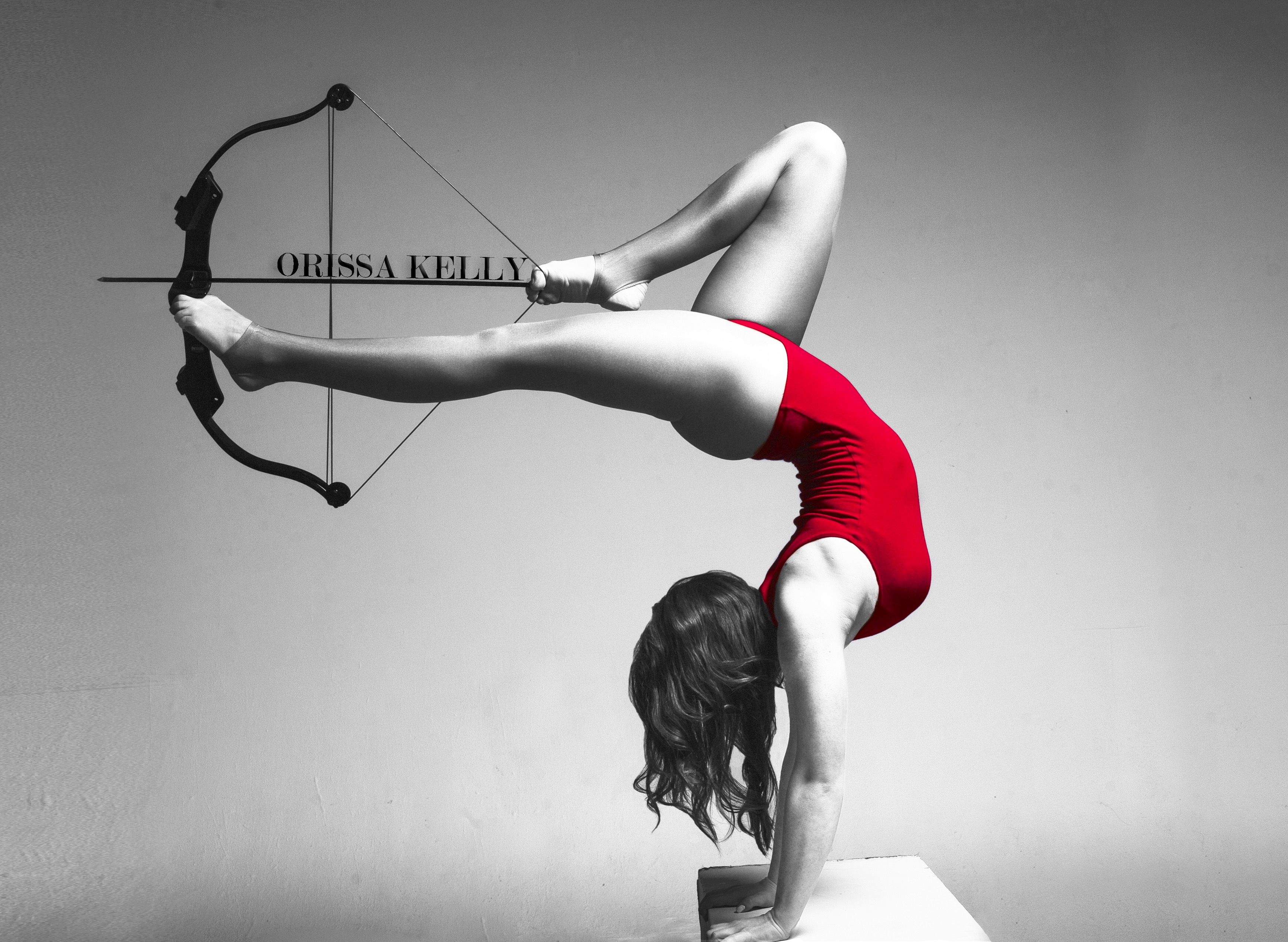 How often do you train?

When I’m not away performing I will train 6 days a week, up to 6 hours a day. For me training isn’t hard work, it’s an addiction. I don’t smoke or take drugs, I get my high from being active.

Tell us about some of your achievements to date?

I’ve been fortunate enough to perform for Queen Elizabeth II, the Prince of Saudi Arabia, London Fashion Week and most recently featuring in the new series of Britain’s Got Talent. However my biggest achievement is being able to create a career from doing something I love. I was told during school that if I didn’t go to university I would ‘fail at life’ and that being a circus performer wasn’t a real job… I was almost convinced to give it all up and try my luck in an office job. Almost. But instead I used it as motivation to prove my teachers wrong. Three years on, after performing in front of royalty and millions on TV I’m proud to say that I followed my dream and made a life from it. 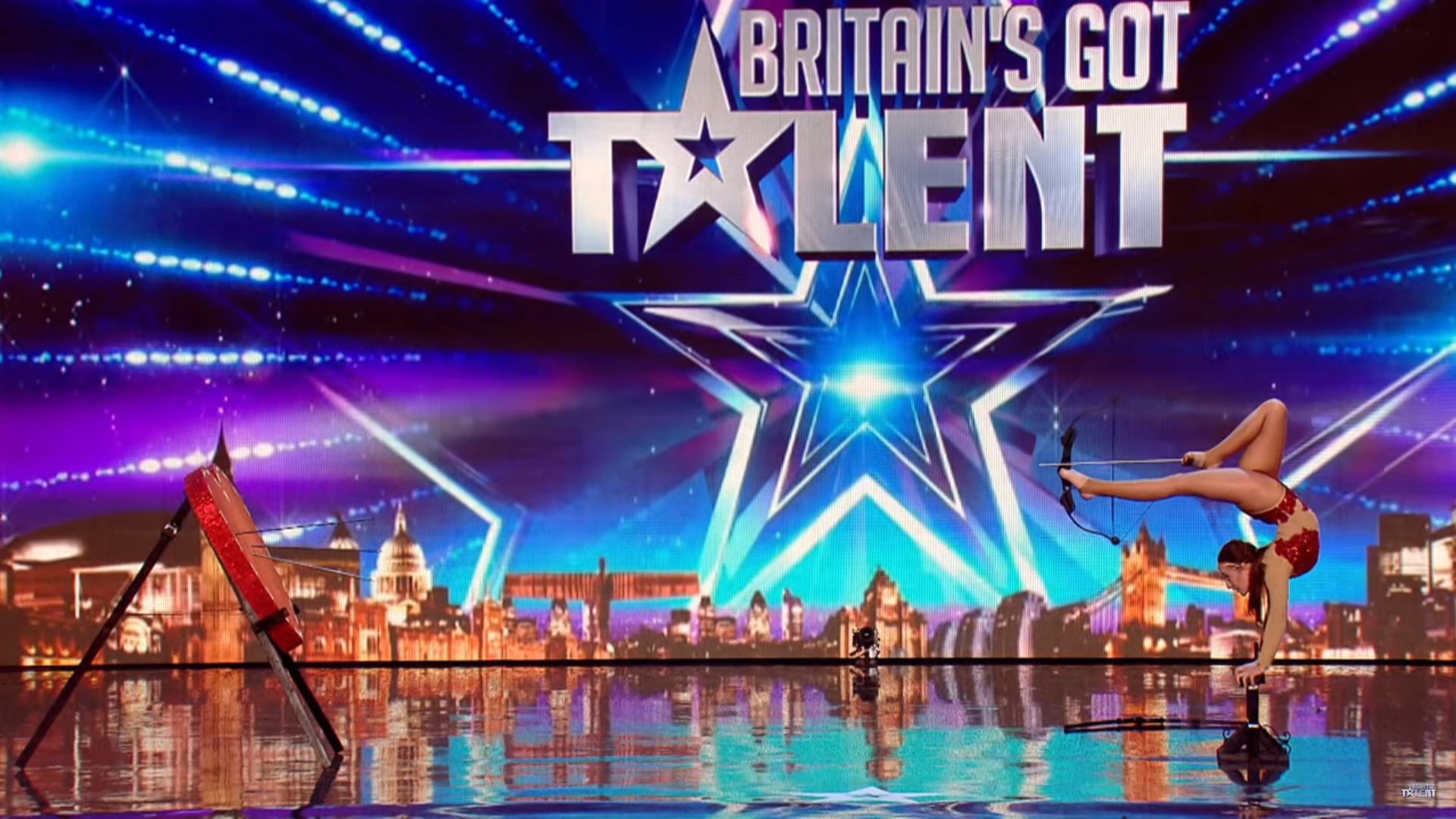 How do family and friends react to your vegan lifestyle?

I am fortunate enough to grow up in a vegetarian family and my brother is vegan, so it’s become normal in the household, which is a dream! I have many close friends that are vegan (as well as vegan chefs, lucky me!) so I’m very lucky to be surrounded by like minded people.

How do you promote your vegan lifestyle?

As a result of my career I am able to show people that being vegan doesn’t mean you eat ‘rabbit food’ or struggle with ‘low protein’. Sometimes when I post videos of my workout I like to #veganism to try and prove people’s doubts about having a plant based diet. I hope I can be an example of a healthy vegan athlete!

What do you eat in a typical day?

This differs regularly depending where in the world I am! I travel up to 4 times in a month and sometimes vegan options can be scarce. All I know is that – when in doubt, order chips! 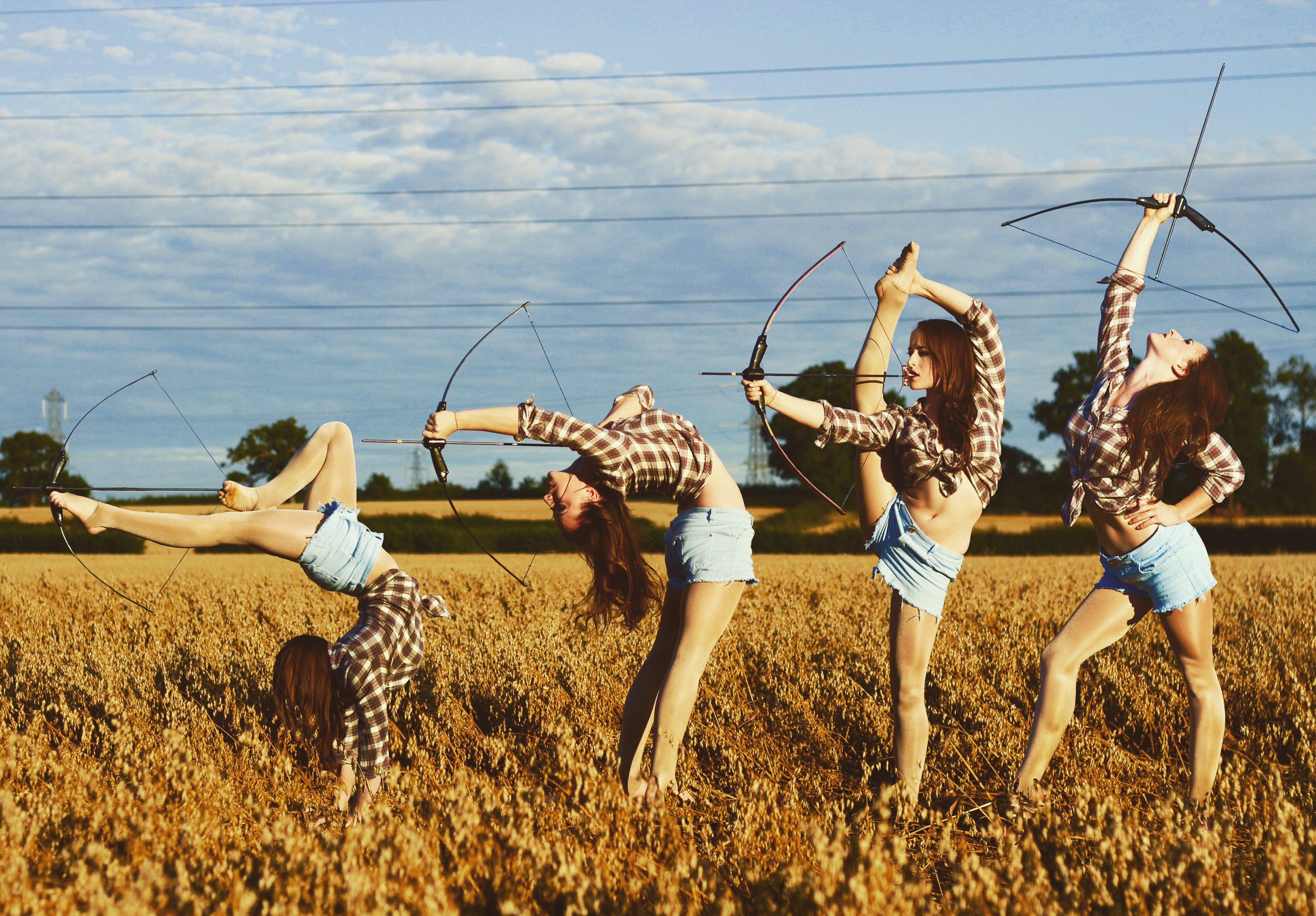 What is your favourite food or recipe?

What advice would you give to people thinking of going vegan?

I would say do your research. My brother once told me – you can make anything vegan. He’s completely right, if you search hard enough (or can cook well) then finding tasty substitutes really helps any cravings. I actually prefer vegan cheese and almond milk to any dairy. Also make some vegan friends! Association is sooo helpful and really motivates you. I found myself a vegan boyfriend and trust me, it’s so nice when you both get excited because they have a separate vegan menu in a restaurant!

What events or other exciting things do you have planned in the next 12 months?

Well I’m currently living in the Maldives for the next 3 months, performing on an exclusive island for celebrities and royalty. I still can’t believe I managed to secure this job and I’m so grateful. I’m living in paradise! Other than that I’m not really sure, I don’t like to plan ahead. I like waiting for those last minute phone calls asking me to go to a random country for work. Life is too short, so why not live spontaneously? 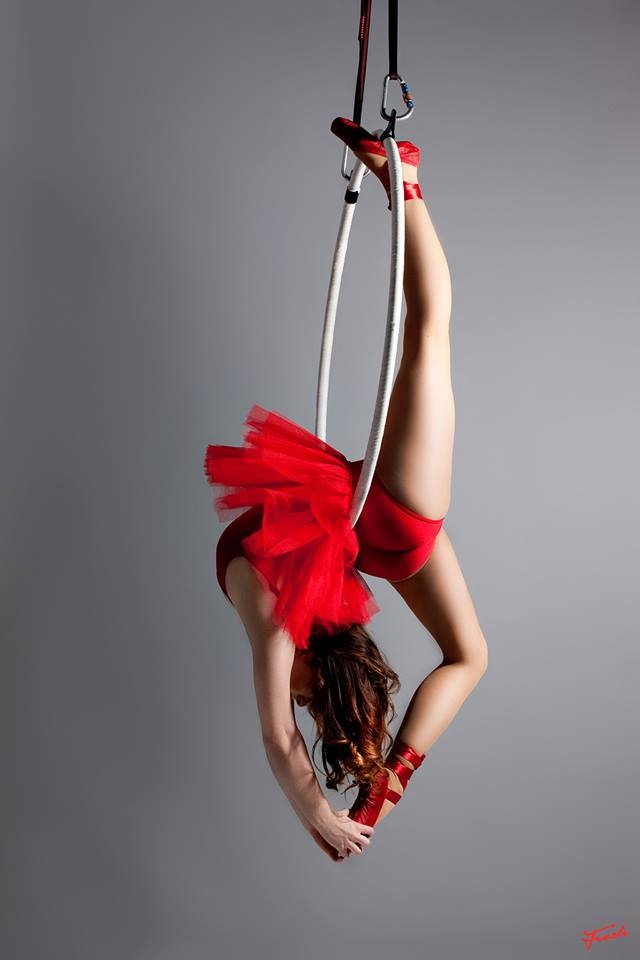 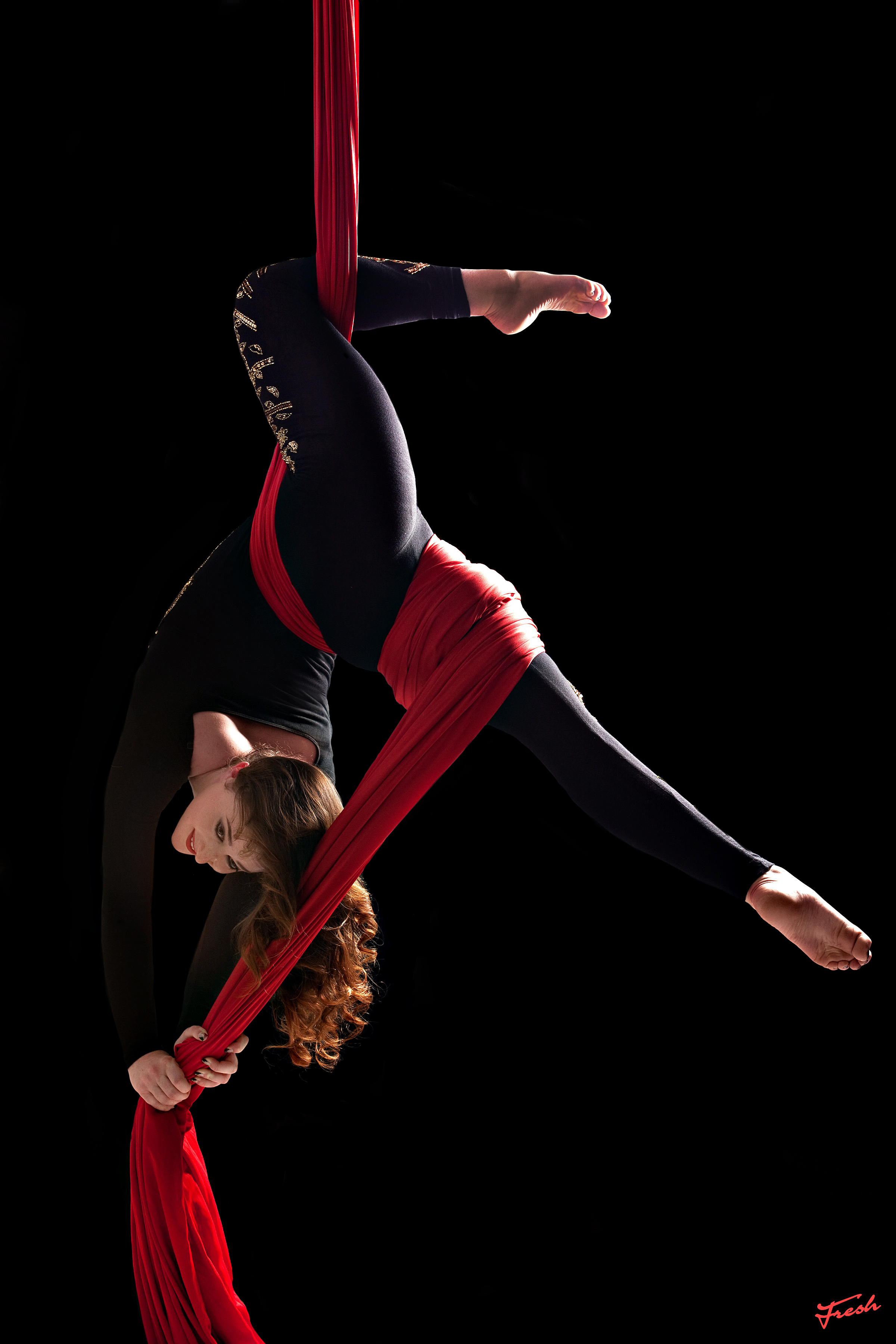 What do you do outside of your sport/training for fun?

I love going to vegan restaurants or to the cinema. Actually with all my training and work sometimes it’s nice just to sit down in front of the TV and do nothing! I think it’s important to give your body a rest and have lazy days… Just not too many!

Who are your biggest motivators in life?

My Mum has always been my biggest motivator. When the teachers told me that I couldn’t be a circus performer, my Mum would be funding my circus training. Any parent would probably have a heart attack if you told them at 17 you wanted to be a circus performer; instead all my Mum said was ‘just get your A levels finished and then I’ll support you in whatever you do’. I know for a fact that if it wasn’t for my Mum I would never be in this career and I hope one day I can repay her. My next task is to buy her a flight to the Maldives so she can come visit me at work!

If you’d like to connect with Orissa and see more of her amazing talent, head on over to the following links:

Thank you so much Orissa. Keep an eye out on the blog every Fitness Friday for more vegan athletes.