The Flying Cyclists popped up on Instagram when I started posting last year and I was intrigued. I love cycling and it looked like these guys were having some serious fun. So I dropped them a line to find out more. I love the fact that they have done so much travel on a tandem bicycle. My husband and I rode one once upon a time around the beautiful island of Rottnest, just off the coast of Perth, Western Australia. I believe he politely said he wouldn’t ride tandem with me again-ha ha ha! So hats off to these guys.

It’s a pleasure to host them as my last guests on the Vegan Athlete Series and exciting to be finishing with two beautiful healthy, fit vegans based on the Sunshine Coast, Queensland.

How long have you been vegan? What made you decide to become vegan?

We decided to go vegan a little over three years ago. We had just finished cycling from London to Buderim (on the Sunshine Coast, Queensland) and on our travels, found ourselves confronted with some ethical questions about how we used animals. We were offered horse meat in Kazakhstan and, while we accepted to be polite, we couldn’t shake the idea that it was a cruel meal. It took us almost a whole year to come to the stark realisation that eating a cow, a pig, a chicken, a fish or a sheep was no different.

What differences have you noticed with your training or lifestyle?

Laura: I can eat so much more! It’s so ironic because people always think vegans miss out, but vegans get to eat more than anyone else!

Ash:  I’ve got more energy and I feel like I am getting younger. I look at other people my age and everyone is starting to slow down, whereas I feel lighter and healthier. 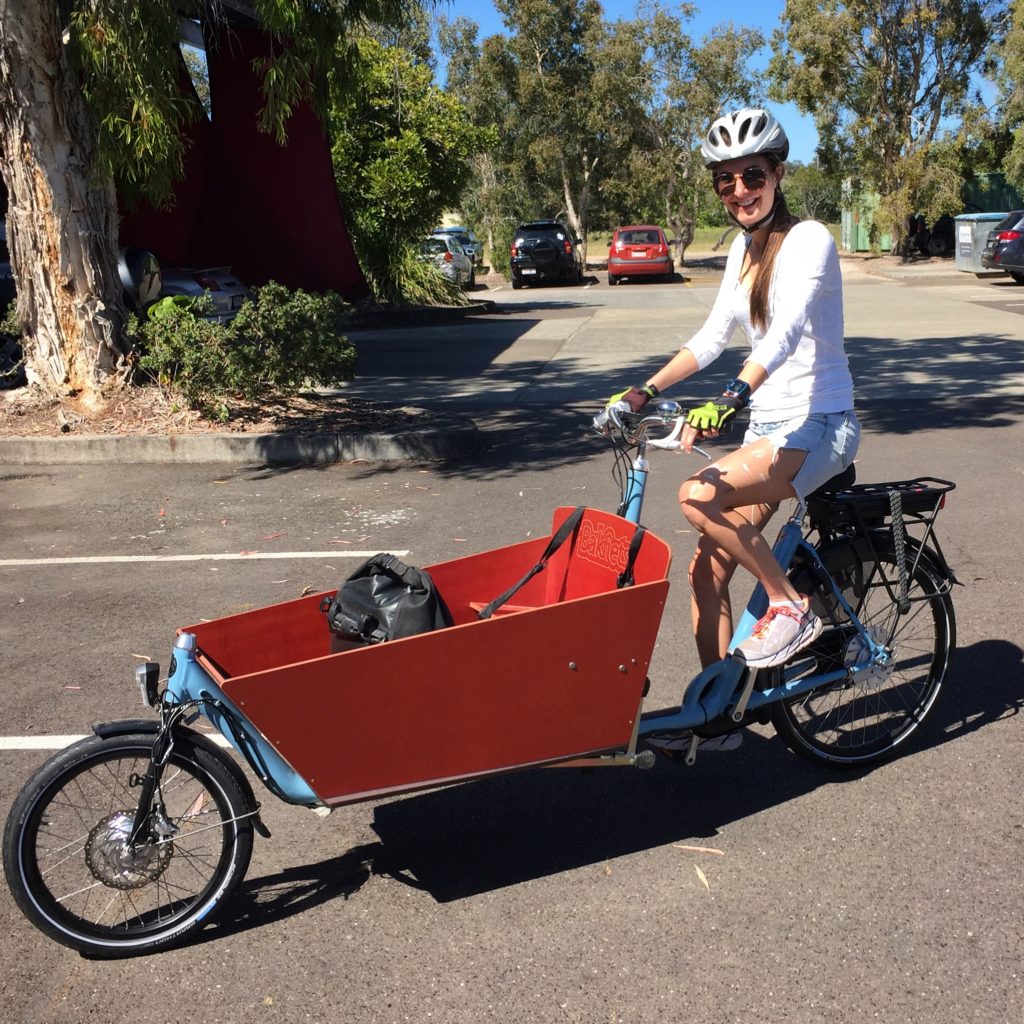 Tell us about your chosen sport and training. What does it involve? How often do you train?

Ash: I typically run 30km a week and cycle around 150km. At the moment I’m also doing four cross fit sessions a week. I love rock climbing with friends whenever I can and Bikram yoga during the winter months.  Our Favourite thing to do together is just pedal around on our tandem bicycle!

Laura: I love to change things up. At the moment I am hooked on cross fit and am doing five sessions a week. I also keep fit by running around after our vegan dog Harry and cycling instead of driving (you’ll see me getting about most of the time on my Bakfiets – Dutch for box bike). I haven’t owned a car in five years! I’m also a try-hard occasional rock climber and a very inconsistent and inflexible yogi.

Tell us about some of your achievements to date?

We travelled 25,000km together on a tandem bike through 28 different countries… and we’re still together. That’s an achievement! More recently we cycled the highest road in the world ( The Leh-Manali Highway in the Indian Himalaya) unsupported as vegans.

Otherwise we’ve both finished the Mooloolaba Triathlon and Ashley has completed a 55 km ultramarathon. 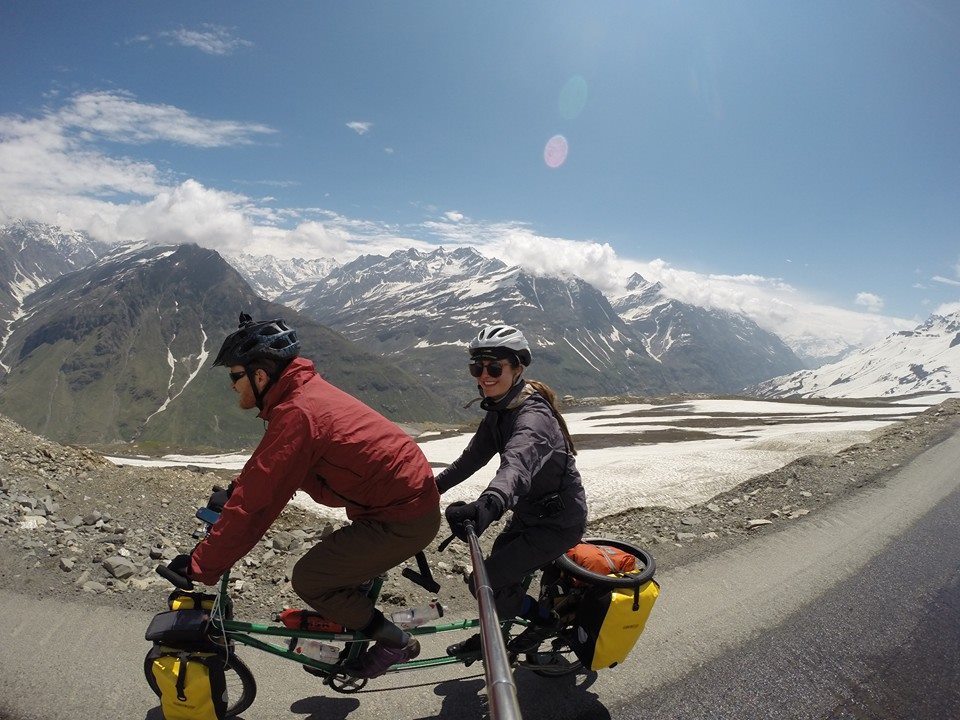 How do family and friends react to your vegan lifestyle?

Laura’s family is supportive but not participating. The majority of Ashley’s family have commercial beef properties… so as you can imagine, Ash is the ‘green’ sheep of the family.

How do you promote your vegan lifestyle?

Laura:  I work for PETA so protests and trying to convince the media to care about animals are part of every day life!

Harry: By showing off my unmatched athletic ability at the dog park. 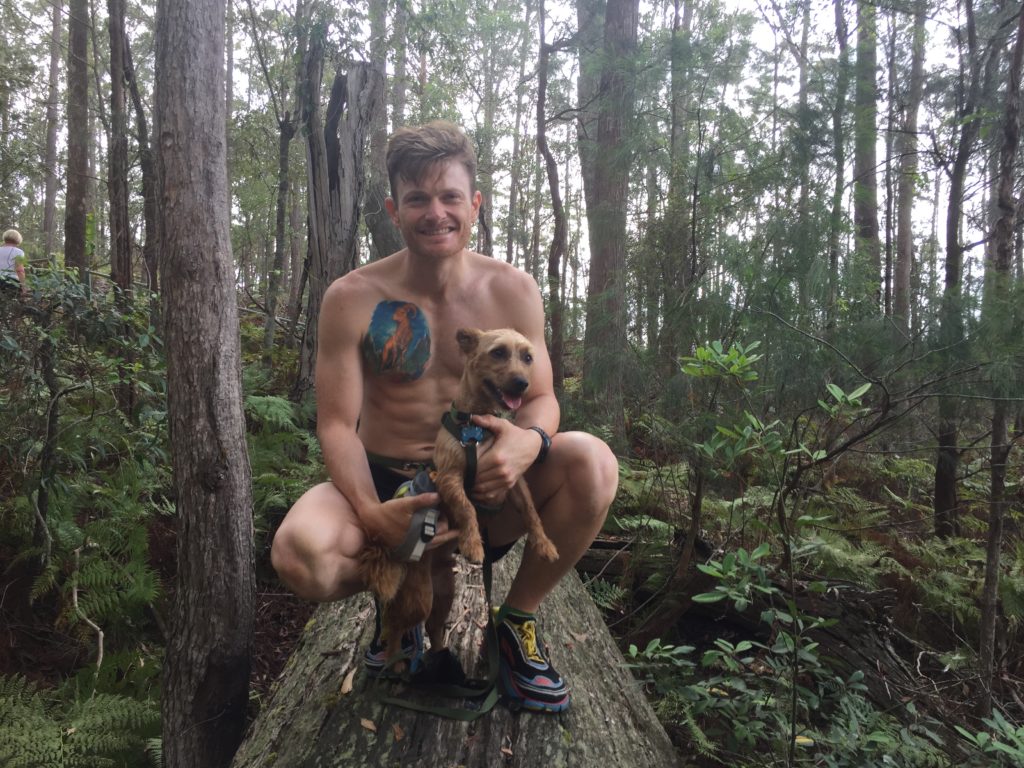 What do you eat in a typical day?

We both work a lot so our food is always on the run and pretty simple. Breakfast is always smoothies but lunch and dinner could be anything from Tofurky and vegan cheese sandwiches, roast vegetable salads, pasta, stir-fry, lasagne. On the weekend’s we love eating at any of the MANY awesome vegan establishments on the coast. This all counts for Harry too, who adds some Vegan Pet biscuits into the mix too.

What is your favourite food or recipe? 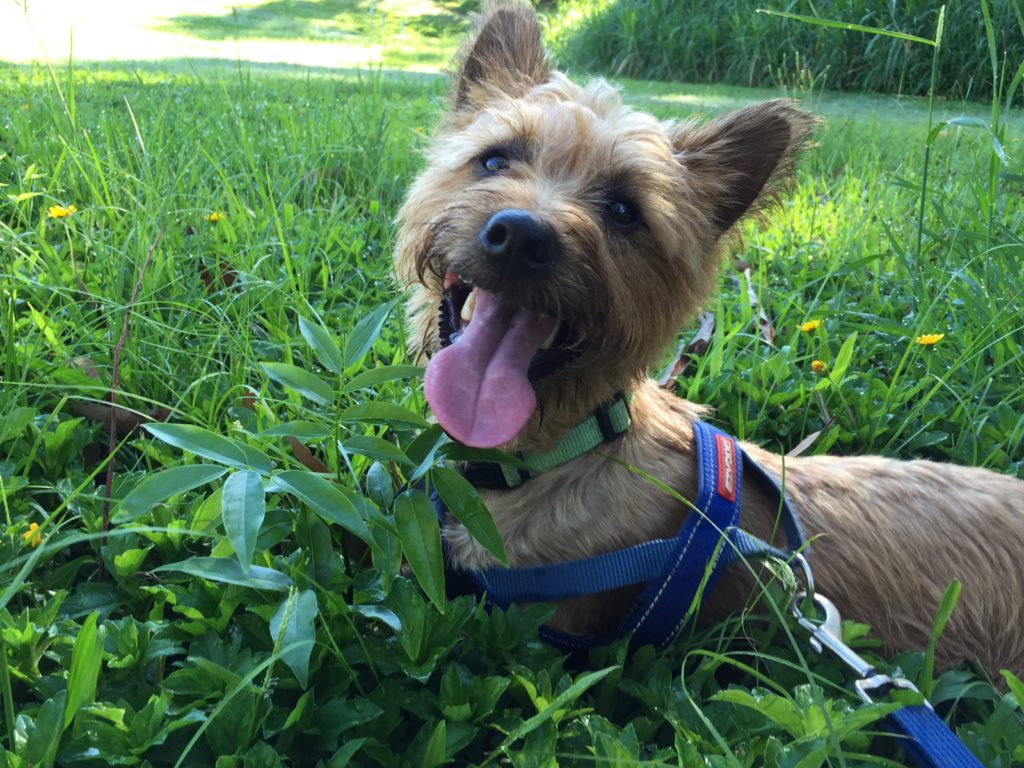 Do you take any supplements?

We do b12 shots from time to time… when we remember to.

What advice would you give to people thinking of going vegan?

Think of your favourite foods or what you eat most often and simply veganise them! There is honestly a vegan alternative out there for anything you crave! And make sure you eat enough when you first transition.

What events or other exciting things do you have planned in the next 12 months?

What do you do outside of your sport/training for fun?

Hiking, camping, rock climbing but really, most of the time we’ve just got enough time to fit in work and workouts.

Who are your biggest motivators in life?

For the most part we motivate each other to be better people although we could hardly ever sleep in on Harry’s watch. We also love listening to Rich Roll podcasts!

A big thank you to everyone that has followed the Vegan Athlete series in 2016. I hope that you’ve enjoyed reading about the many inspiring vegan athletes and their achievements.

Thank you to everyone that took part-you’re an inspiration.