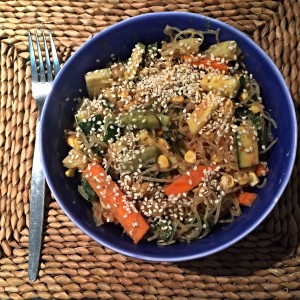 Traditionally used in Asian cuisine, Kelp noodles are an amazing addition to your diet. They are very low in calories (anything from zero to six calories per pack) but very high in iodine which is commonly lacking in the Western diet. On their own they lack flavour and taste but this means that they absorb the flavour of any food that you put them with. They are also high in Vitamin K, Folate, Magnesium, Calcium, Iron and Manganese. One cup also contains 372mg sodium so beware if you are on a … END_OF_DOCUMENT_TOKEN_TO_BE_REPLACED 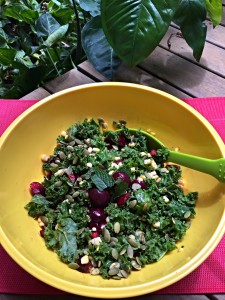 The combination of kale, cherries and mangoes make this a powerhouse of a salad. Perfect for summer! Fresh, healthy and nutritious.      … END_OF_DOCUMENT_TOKEN_TO_BE_REPLACED 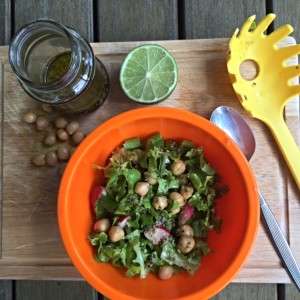 Chickpeas-the number one ingredient you should always have in your house ! So versatile to use and great to add to salads for a great flavour and extra protein. This recipe can be used with a variety of ingredients and I guarantee your whole family will love the dressing! … END_OF_DOCUMENT_TOKEN_TO_BE_REPLACED 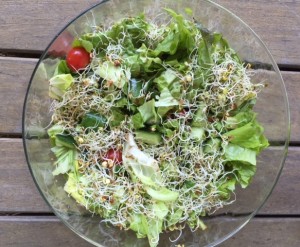 Summer is coming in the Southern Hemisphere! This salad is simple and quick to throw together with a range of ingredients you have in your fridge. Serve as a side salad or add tofu or veggie burgers for a main meal. … END_OF_DOCUMENT_TOKEN_TO_BE_REPLACED 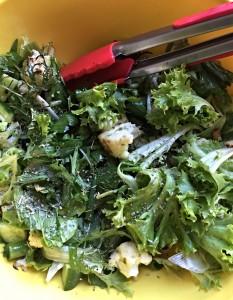 I looked at the ingredients I had in my fridge last weekend after my weekly veggie box delivery and decided to make a big salad with all the yummy greens. The roasted cauliflower adds 'body' to this salad and makes it more filling so it is perfect to have a large bowl on its own. It would also be ideal as a side salad in a smaller amount. Warning though-it is very yummy and there may not be seconds left. It may also not be advisable to eat this before an important meeting as it has a very strong … END_OF_DOCUMENT_TOKEN_TO_BE_REPLACED